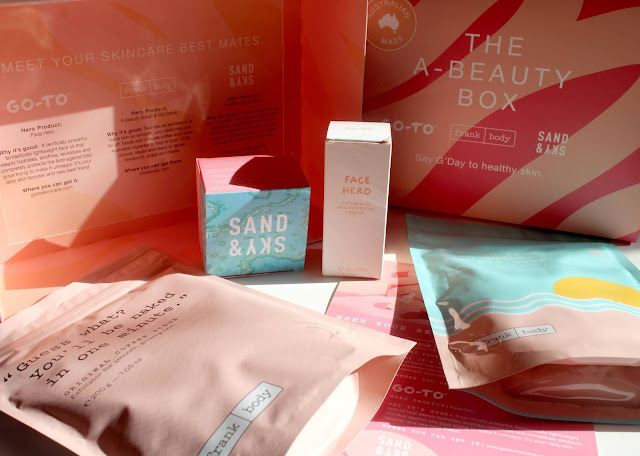 I've been OBSESSED with unboxings for the longest time, because, who doesn't love opening boxes? And of course, if you're a cat owner, you've got the added bonus of being able to present your cat with a box to sit in as well - it's a win-win situation!

Some of my favourite brands got together last month for a fantastic collaboration, which has resulted in the creation of the A-Beauty Box. It is so named because it's a box crammed with Australian beauty products, from three of Australia's biggest cult brands. 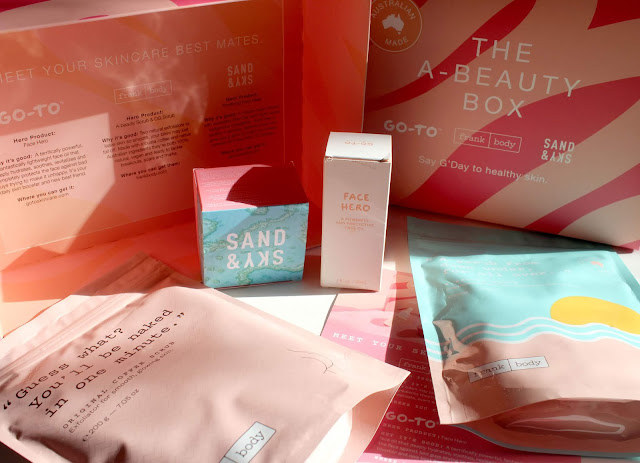 Frank Body needs no introduction, given that this features prominently in the shower caddy as one of my favourite body scrubs of all time. They've included 2 full sized packs in the box, with one of them being the original coffee scrub, and the other being the A-Beauty Scrub, which I featured on Instagram recently. This is crammed with brightening ingredients, such as Kakadu Plum and hydrating goodies like sweet almond oil. 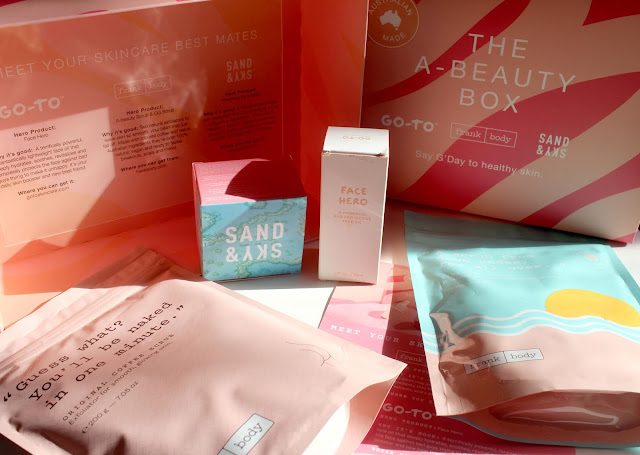 Included in the box is another awesome product that I love - the Sand and Sky Australian Pink Clay Porefining Face Mask. You can read my review of it over here. I probably don't need to say it again, but this is so worth trying! Another excellent skin brightening product, and a great reason to get this box! 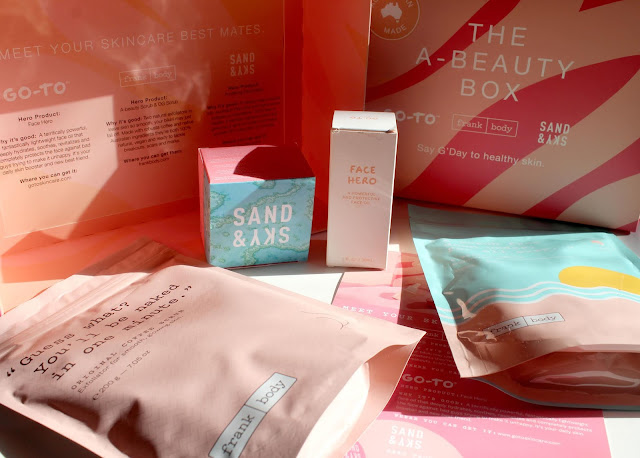 The last brand to be included is Go-To, which I'm going to confess to not having tried before, ever. I have heard a lot about it, and it is now more accessible than ever, with it being available at Mecca. I do like the sound of this oil, however. They included the Face Hero, which is apparently meant to be a lightweight face oil that hydrates, soothes and revitalises the skin. This is comprised of a number of different oils, including macadamia oil, brazil nut oil, almond oil and jojoba oil. I'm pretty excited about trying this, because I do find that sometimes I need a well-balanced oil - one where it would hydrate beautifully without being too greasy, so I'm looking forward to cracking it open! 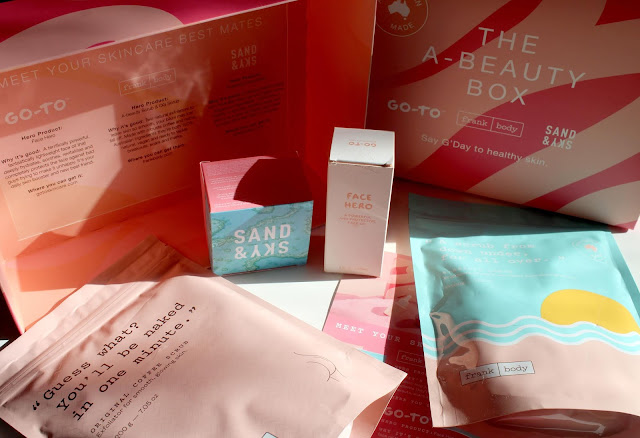 This box retails for $99.95, and is valued at just under $130. You can find it at three locations online, Frank Body, Go-To and Sand and Sky. This box excellent value for what you get, and for me, it has the added perk of trying out something that I'm unfamiliar with, alongside all the good things that I already know I love.

Make sure you pick it up soon, because it won't be around for long! What are you most excited about in this box? 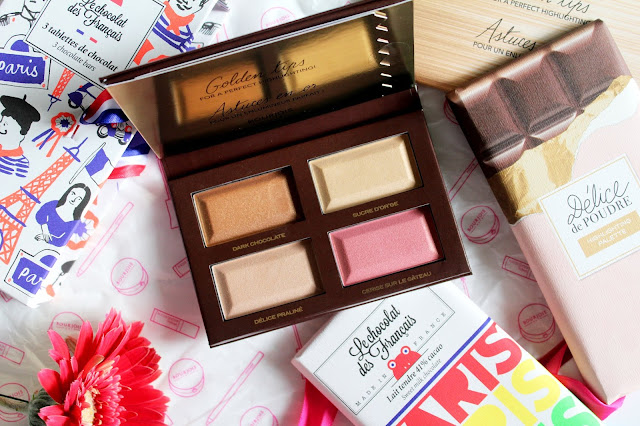 The Easter holidays are looming, and if you have plans, like me, then those plans may also include ingesting a substantial amount of food, and more specifically, chocolate. Now, people are starting to get more health conscious, and therefore, there is always a chance that the chocolate bunny you've been eyeing up may not be appropriate as a present for that friend you have in mind. That said, there may now be an alternative to that in the form of this gorgeous palette. 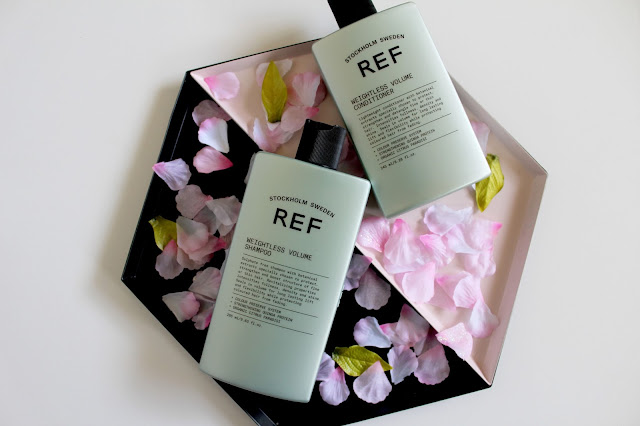 REF Stockholm Sweden is a brand that I've admired on Instagram for a while, but one that I've only recently become acquainted with. REF is Swedish brand that focuses on natural beauty, and communicating their perception of this to the world. 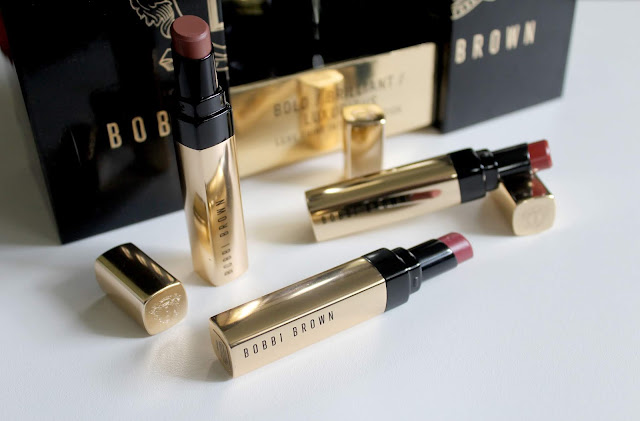 I think the year of 2019 is the year of Bobbi Brown lippies! I've been crushing really hard on their lip releases, and the luxe shine intense lipsticks are just the latest to join their ranks, so sit down, get comfy and get excited!